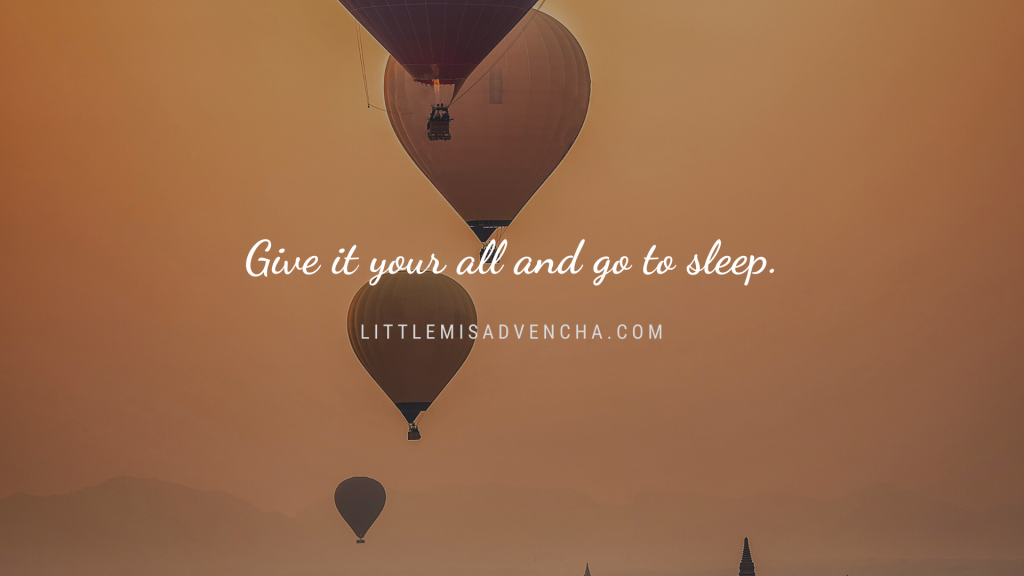 30-Day Blog Challenge: Give It Your All

Share
Tweet
Pin
Share
Share
0 Shares
Table of Contents hide
I. Give it your all. Just do.
II. I’d rather fail horribly after trying hard…
III. It didn’t workout, but it’s okay…
IV. Go to sleep…

Let me start by asking you a question. How do you know if you have already tried your best? The answer is simple. It’s if you can’t try anymore. Just like in an arcade game: you can get a high score after trying your best. However, what if you go back and try even harder the next time and surpass yourself? So, you keep on trying until you succeed. That’s only when you get another chance. Lucky is the man who gets a second chance of doing things because chances are expensive. Not everyone can afford it. That’s why when an opportunity knocks at you, you have to grab it. You just have to give it your all.

Give it your all. Just do.

I know a lot of people who are living a mediocre life. They lack the passion and motivation to do things, but they are full of dreams. They just don’t do something to make those happen. I am not one of these people. I may be selective of my battles, but once I decided to try something, I feel like I owe my best to it. Basically, it means genuinely doing everything in all ways possible to make something happen.

Regrets have the ability to haunt us even after many passing years. Last year, I remember walking along a dark alley after attending a church service. I found a man crumpling himself at one side with his head facing down. It’s a very unusual sight. That alley was used to be empty since it’s a narrow passage way. While approaching, I already had negative thoughts. Could it be a man waiting for his next victim? I was even thinking he had a knife under his shirt. You know how our brain overthinks at times (haha) – the price I need to pay for watching documentaries from True Crime Daily on YouTube. Then, I just found myself tapping the shoulder of the man asking him what’s wrong. He gently lifted his head up and whispered “I haven’t eaten yet”. I felt so relieved. So, I told him to join me for dinner. I learned afterwards he hadn’t eaten for three days. He’s just a boy from South Cebu who tried his luck in the city for a job, but ended up hopeless. He was expecting for his uncle to have a place for him to stay, but turned him down eventually. I never bothered to ask any longer. After we ate, I sent him to the bus terminal and gave him a few pesos for him to get home. Later that night, Carlo was home.

What if I let my fear take control of me? What could have been to Carlo? Perhaps, if I didn’t try, a young man couldn’t go home any more.

It didn’t workout, but it’s okay…

A few years back, I was deeply in love with a man whom I thought I was going to end up with. I dreamt his dreams and every single time, I looked forward to hearing and seeing him even if it’s just for a short while. I didn’t mind how long it might take to see him, but it’s okay because he could bring a smile to my face even when I was tired to the bones. He could read the unspoken messages in my eyes and silence was never an intimidation. His presence mattered to me. When he was hospitalized due to dengue and I was a trainee in a construction site which was an hour drive from where he was, I would visit him every single day. I don’t know, he brought my innate strengths to the fore.

But to him, I was invisible. Eventually, he dumped me for another. It felt like I lost my direction because all I ever saw was a future with him. After accepting everything, I didn’t live a life of regret. Simply because I gave it my all. That’s why I learned that even if things won’t work out, it’s okay. I need to have all of my answers and I need to know that I’ve at least given my all and tried it out before finally giving up.

After a few years, that same man finally see me and appreciated all that I was to him. But, it’s a different story, and I won’t elaborate further. My only point is if we have the chance in our hands, do it because we will surely regret passing it up more than we would, even if it goes horribly. I’d rather fail by trying and giving my all than doing nothing.

You can only have peace after you give it your all. Whether you succeed or not, only after you give your all can you have a sound sleep. Now, here’s my challenge to you since I always love challenges (haha). Try to compare your past self with yourself today. If you are not satisfied, then find something you need to work on especially on improving yourself. Strive to be better than you are right now.

Remember, give it your all. Not everyone is given a second chance.

This blog is part of the 30-day blog challenge below. It’s day 02 of 30, and I was tasked to talk about a quote I live by. I hope you enjoyed reading as much as I enjoy writing it.

Dine and Chill at Blu CAT Pizzeria and Restobar

A lot of ideas and thanks for the post. I will share it with my friends during the staying at home period ~ 🙂 Knycx Journeying

I am not sure I am disciplined enough to blog for 30 days straight. Sounds like a great goal, good luck to you!

This is such a great list of blog prompts!

I think that people live mediocre lives because they are afraid of failure. Because life has hit them too many times and they are scared to leave their safe bubble and try something new, follow their dreams.

Interesting! Staying committed to the challenge is a great step Many of us are afraid of failure and that is the biggest mistake.

I completely agree that we can only have peace after we give it all! Great challenge! I like the idea of comparing my past self with myself today – thanks for the inspiration!

Thank you for sharing this with us. It’s not easy to go through something like this and it can be just as difficult to share it.
Stay safe x 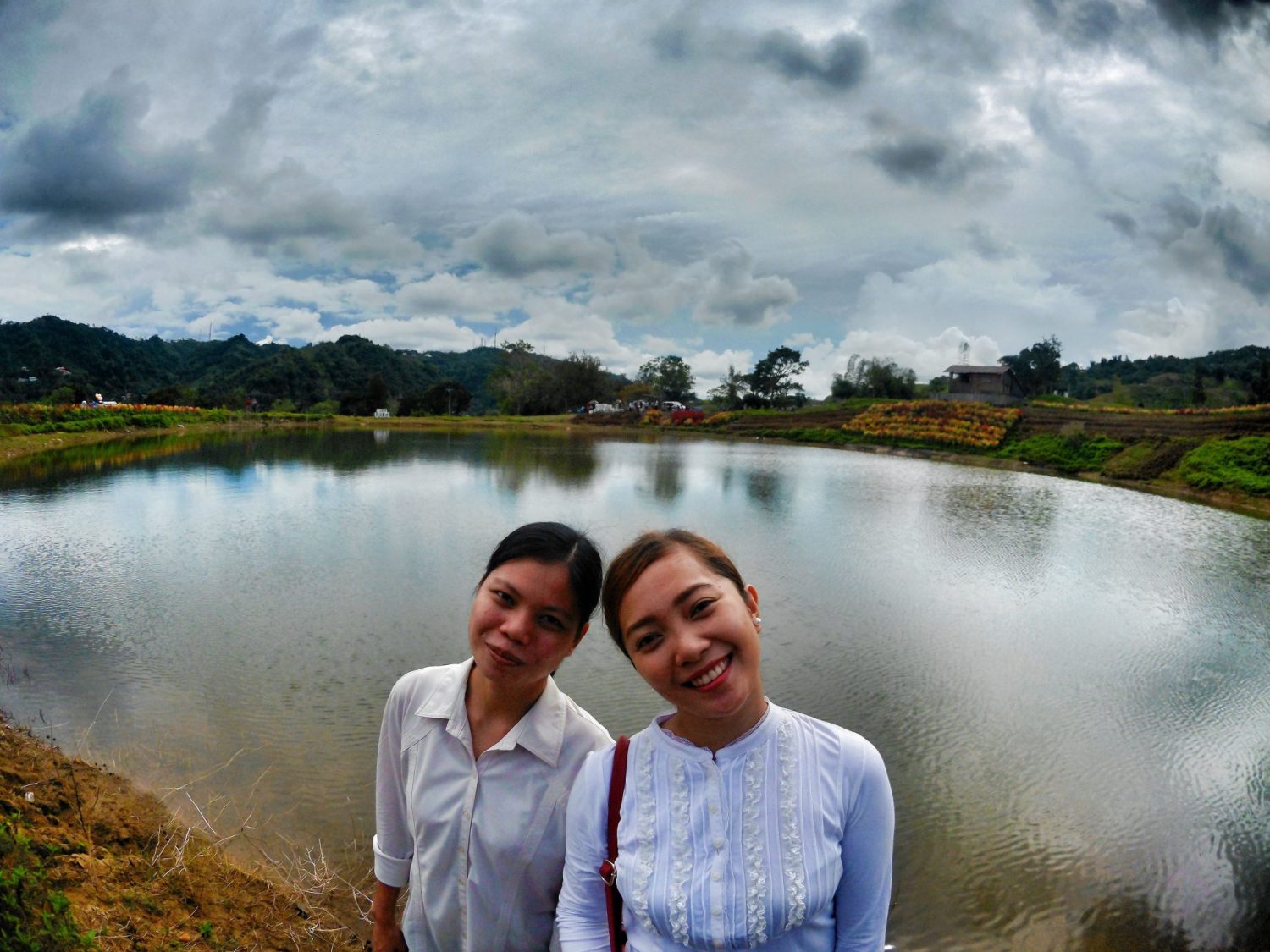 Getting Near the Wild Beasts at Tiger Park in Pattaya, Thailand 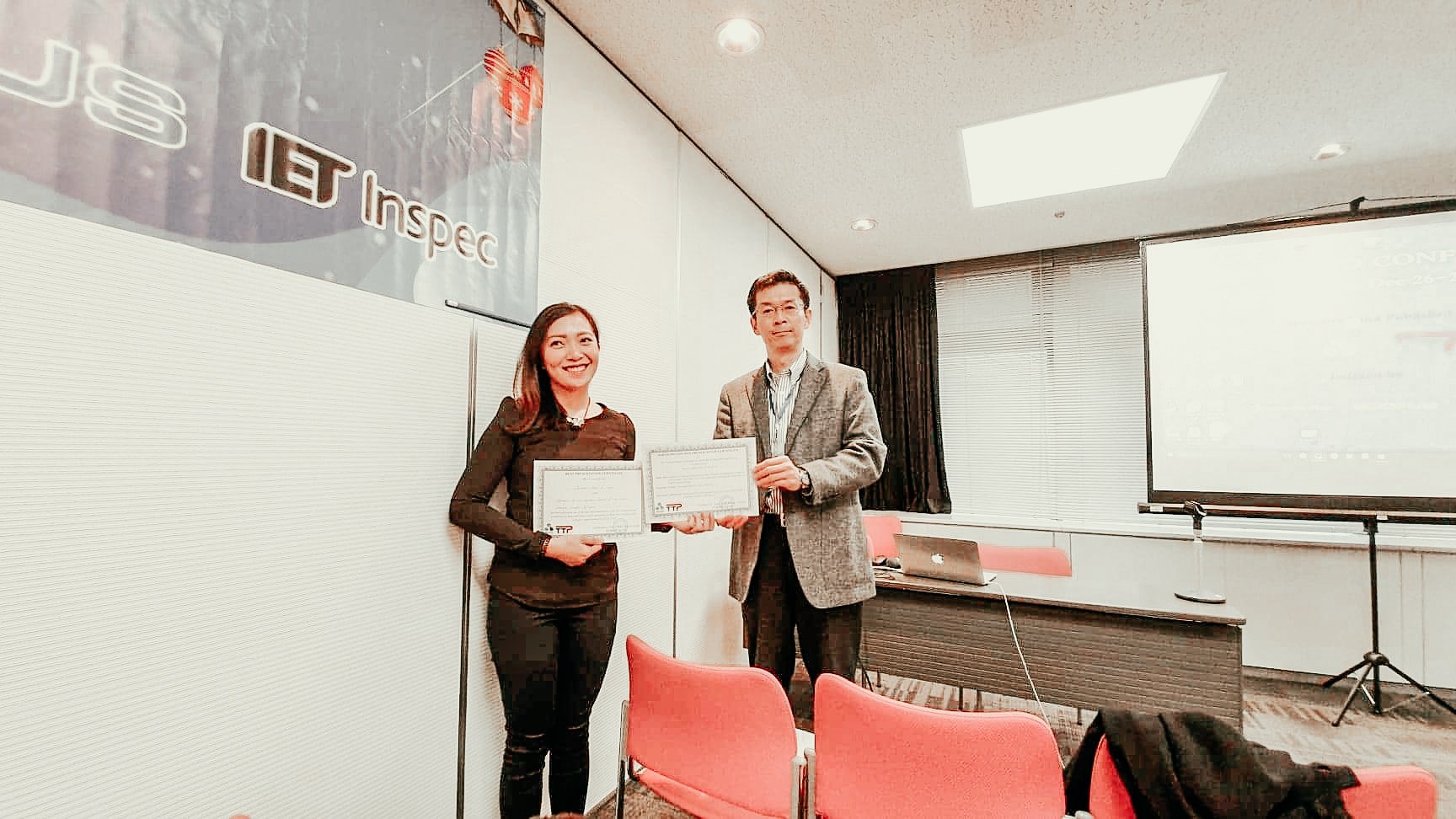