Welcome back to my blog! On my previous post, I shared about the magnificent Gyeongbokgung Palace. It is one among the five grand palaces in Seoul and is hailed as the largest and most beautiful palace among the five. After we visited this grand palace, we went directly to Bukchon Hanok Village which is home to hundreds of traditional houses in Seoul. This village is a must-visit if you wish to experience the traditional culture of Seoul. This village fully displays the Korean Heritage. Although Seoul has become one of the leading cities and home to the most influential tech companies in the world, it’s also good to see its traditional side.

When you go to Bukchon Hanok Village, you will see hundreds of traditional houses. In Korea, house is called hanok. These houses date back to the Joseon dynasty. On the other hand, the name Bukchon means “northern village”. This is because this village lies north of the two significant landmarks in Seoul: Cheonggyecheon Stream and Jongno.

It’s also good to know that nowadays, a lot of these traditional houses are not only for residential purposes. These hanoks are used a restaurants, guesthouses and even cultural centers. The good thing about this idea is they provide visitors like us an experience of immersion in Korean culture. This is perfect for those who love to travel and learn various culture at the same time.

How to get to Bukchon Hanok Village from Gyeongbokgong

From Gyeongbokgong, we got to the Bukchon Hanok Village by taking the subway to the Anguk Station (Seoul Subway Line 3). We took exit 3 and headed to the right. After about 200 meters, we saw signs which signified the start of the Bukchon Village Walking Tour.

From the station, we already saw some tourist wearing Hanbok from the village and they were headed to Gyeongbokgung Palace.

Since the village is just nearby, you have the choice to walk yourself all the way to the village from the palace. It is about 20 to 25 minute-walk. However, we chose not to because hey, it’s winter!

What to do and see around Bukchon Hanok Village

Baek In-je House is a museum and cultural heritage site found here in Bukchon Hanok. You will see ordinary Koreans living their ordinary yet interesting lives. Witness how their life here flows.

There are lots of Hanbok Costume Rental found in the village where you will be able to rent, wear, and photograph yourself in Korean traditional hanbok.

Wander around the village

Wander around the village wearing the traditional costume. You may also want to go to the highest point in the village. It is a spot overlooking the old tile-roofing of the hanoks and of the village.

It happened to be one of the coldest days with -9 degree according to the report when we visited the village. Wandering around wearing hanbok was the craziest thing we did in South Korea, trying so hard to crack the brightest smiles~ haha!

Only a few tried wearing hanbok during our visit. Perhaps, it’s because of the winter season. Since we already had the chance, we grabbed it even if it’s freezing cold! While we were walking, a few tourists would ask of us to take selfies with them with us wearing the costume.

When To Visit The Bukchon Hanok Village

Technically, the village is open 24/7. However, it is closed on Sundays for visitors. We are also not allowed to enter the area at night.

Please observe visiting hours between 10:00 am and 5:00 pm. Moreover, please be respectful of the residents living there.

I won’t recommend going there during the winter season as you will not have the full energy to take on a walking tour due to the cold weather.

That’s it for Bukchon Hanok Village. On my next blog post, I will be sharing about our evening trip that same day. We went to N’Seoul Tower via Namsan Cable Car after a walking a few minutes from our guesthouse in Myeongdong. Thanks for reading this far!

An incredibly detailed guide. Thank you so much for this post. I hope to visit these beautiful places someday.

The village reminded me of Hoi An of Vietnam. Even that is a place of traditional houses. Bunchok seems to be very interesting. I would love to have such a cultural experience.

Love this unique cultural experience! The village is so quaint and beautiful and I love the look of the ornate architecture. Great tips on when it is best to visit, I hate being cold!

Loved the architecture of those houses in Bukchon Hanok Village! It gives a perfect vibe of old world. I also loved your Hanbok traditional Costume and you guys look gorgeous!

This village looks really beautiful.. Has a old-world charm to it. Seems like a good place for a rich cultural experience..This is a good read

Looks like another place I will have to add on to my bucket list!! looks amazing here 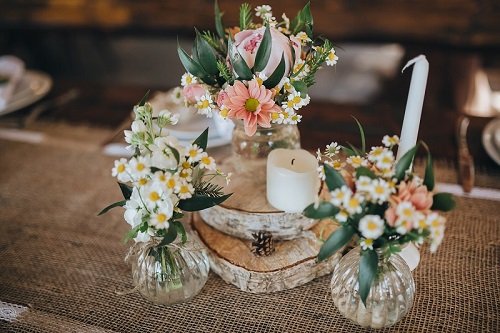